The impact of Covid-19 on the Heritage and Crafts sector

Two years on from the start of the pandemic, we are becoming used to the ‘new normal’, even if we are not necessarily at ease with it. As a long-standing funder and supporter of the Heritage and Crafts sector, we were aware that such organisations had been adversely affected by Covid-19. Wishing to know more about the sector’s specific needs, we contacted previous grantees in the summer of 2021 to find out how they had been affected and how we, as a Trust, could best respond.

The overall picture is mixed at best. Whilst government funding and the furlough scheme has undoubtedly been a lifeline for many, not all organisations were eligible, and in any event, such funding could never replace the income streams lost through sudden closure. Even once organisations were able to re-open, all have had reduced visitors or audiences, because of ongoing restrictions and/or limitations to ensure Covid-19 compliance.

Organisations were very grateful for flexibility regarding the use of funds, which enabled some projects to go ahead in a bespoke fashion. Whilst we did not change our funding criteria as such, in recognition of the huge challenges facing the sector, we made a grant to The Crafts Council to establish a Hardship Fund for Makers. This was specifically to help those craft makers who had lost more than 75% of their income and did not qualify for government support.

The future is digital

2020 was the year that the world discovered Zoom and the Heritage and Crafts sector was no different. For some organisations, such as The Creative Dimension Trust and Orchard Barn, moving online enabled them to expand their audiences and extend their activities in ways unimagined before the pandemic. However, for many Heritage and Crafts organisations, going digital was either not an option, due to the artisanal nature of their work, or could only ever be part of the solution.

As we head into 2022, and another winter of uncertainty and potential disruption, it seems that the only thing we can say with any confidence is that the future will be unpredictable…

Nevertheless, as a funder which has encouraged innovation and creativity in the arts for the past 50-plus years, we continue to seek out Heritage and Crafts projects which are shining a light on traditional skills as well as contemporary concepts that connect with a new generation.  We remain as committed to the sector as ever.

If you are a Heritage or Crafts organisation seeking to undertake innovative work in the UK, we encourage you to look at our grants criteria. As one of the country’s oldest charities, we are focused on being here for the long term. It is our ambition that the Heritage and Crafts sector, with its incredible talent, passions, and skills, will be here for the long term too.

The Vulcan Hotel tells an important story in the history of Wales. Amgueddfa Cymru – National Museum Wales plans to re-erect this building at St Fagan’s National Museum of History and bring it back to life for visitors to enjoy. This building will help reflect the lives of people living in industrial and post-industrial towns as well as rural areas, and of recent migrants as well as long established communities. Due to its unique history, the Vulcan captures the changing nature of Cardiff’s dockland and shipping industries.

Thanks to support from The Radcliffe Trust the museum will re-erect the Vulcan as a 1915 public house, an important year for the pub, where it had undergone major refurbishment. There is also a need to ensure the sustainability of skills within the heritage sector, so the construction work will be mainly carried out by the museum’s traditional stonemason, conservation builders and a newly appointed apprentice traditional carpenter. Through this project the Museum will be retaining and improving traditional heritage skills in Wales. 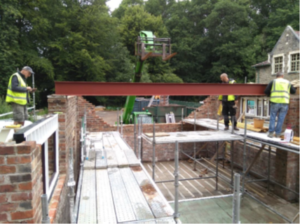 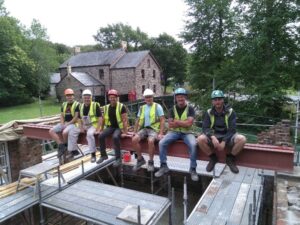 The Historic Buildings Unit (HBU) team from left to right:

This photo was taken by Jody Samuel – HBU Labourer, however, unlike the iconic New York photo of the construction of a sky scraper, the team have scaffolding below them

In May 2021, Coventry became the UK City of Culture, delivering a 365-day, city-wide programme of world class arts and cultural activity. Their flagship Music Programme celebrates Coventry’s musical heritage, from Britten’s War Requiem to the Dr Who theme. While showcasing local talent old and new and raising Coventry’s music profile both nationally and internationally, the programme will strengthen the sector’s networks, education, businesses, and musicians.

The programme includes high-profile commissions, festivals and considered programming to capture and tell the story of Coventry as a music city. The programme explores how Coventry’s identity has always been expressed via its music, a city whose sound embodies its spirit of innovation, activism and multiculturalism.

The Radcliffe Trust’s funding is supporting the resilience and sustainability of Coventry’s music sector during these challenging times, specifically through the establishment of a new city-wide Coventry Music Steering Group. It is also contributing towards commissioning and performance from Coventry-based musicians and composers, providing opportunities for artists to sustain their practice throughout the crisis, and providing a platform to reach national audiences. The music programme will also allow them to test and set the blueprint for new models for music performance. 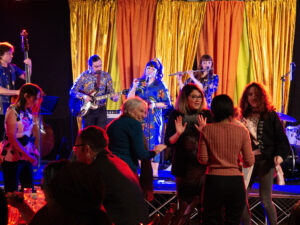 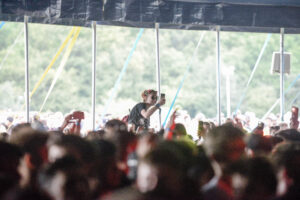 Thanks to funding from The Radcliffe Trust, the Puppetry Making Associate has been able to participate in a variety of projects across Little Angel Theatre. From creating crafting content for their YouTube channel to designing window displays for a local business, they have helped to spread the magic of puppetry throughout Islington and the world.

Thankfully Little Angel Theatre were still able to run the Professional Development Courses via Zoom, and the Puppetry Making Associate attended the Puppetry Foundation Course. They learned core principles of puppeteering across several kinds of puppetry including marionettes, moving mouth puppets and more.

Currently the Puppetry Making Associate is working on their own digital short, which will be released on the Little Angel Theatre’s YouTube channel. This project will bring together everything learned so far about making digital content and puppetry. 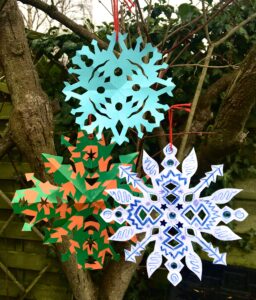 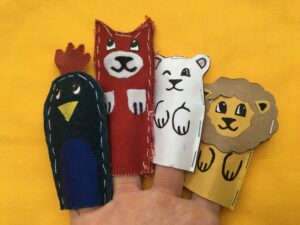 The National Children’s Orchestras (NCO) received a Covid 19 Music Hardship Grant from The Radcliffe Trust in July 2020.  NCO is an organisation that works with exceptional young people aged seven to 14 years old to experience the joy of orchestral playing.

NCO’s award in July 2020 helped fund pivotal ‘replacement’ digital activity for 438 young musician members as a response to the Covid-19 pandemic. Most importantly, the grant supported the NCO through serious financial pressure at a time when their young students needed them most.  The work culminated in a mass multi-track performance of a specially commissioned ‘NCO Mambo’, which included choreography, DIY percussion and improvisation.

You can watch the final performance here: www.youtube.com/watch?v=02ZUX7J0_gA